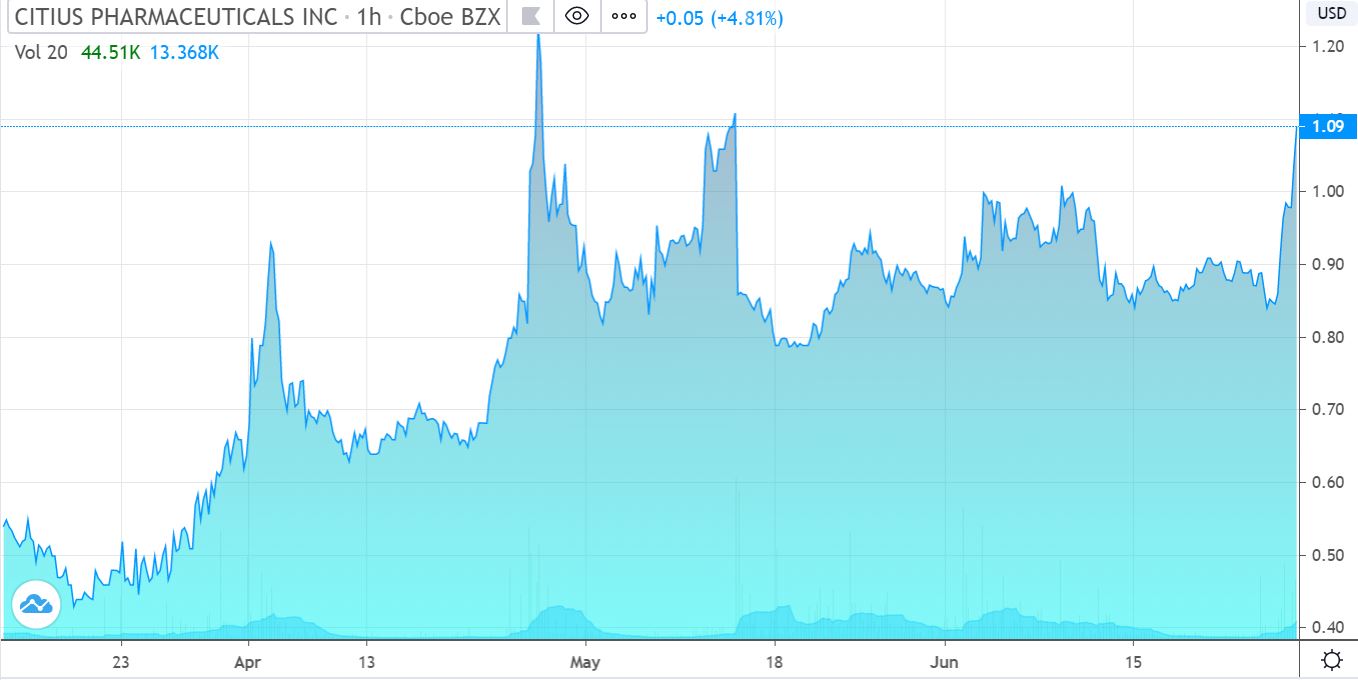 One Of Our Top 5 Biotech Picks For 2020 Up 23% Yesterday, Indicating Up Another 24% This Morning. Inquiring Minds Want To Know!

Citius (a client) traded as high at $1.46 yesterday in after market trading. Sadly we have no idea what’s behind the recent strength. It’s nice to see, but as we are long-term in nature, these frequent bouts of active trading (10 million shares yesterday) matter little to us.

We heard some rumblings (rumors) of FDA approval to which we say balderdash. The FDA is tighter than Fort Knox. No one, and we mean no one can predict a) FDA approval and/or b) timing of approval. Just ain’t gonna happen.

As an example, Goldman Sachs predicted Immunomedics (IMMU) had a low chance of approval last April and set a price target of $5.00. Then April the FDA surprisingly ‘halted’ their trial citing compelling evidence of efficacy – and gave it a go-ahead. Boo-ya, the stock traded up 100% in one day to $18, a market value gain of $2 billion.

At $34, Immunomedics is up 10-fold from where we discovered in at $3.00 in 2016 when it was unloved and fodder for short-sellers and up better than 50% post-approval. So sometimes it’s better not to sell on approval news.

However, we CAN closely monitor the FDA approval process for Citius as the Company is very good at sharing interim progress.

June 2, 2020 /PRNewswire/ — Citius Pharmaceuticals, Inc. (“Citius” or the “Company”) (Nasdaq: CTXR), a specialty pharmaceutical company focused on developing and commercializing critical care drug products, today announced that it has received positive feedback from the Food and Drug Administration (FDA) on its proposed catheter compatibility studies for the Company’s Mino-Lok® therapy.

Each year, up to 500,000 CVCs of the 7 million used become infected and lead to CLABSIs, increasing both patient morbidity risk and costs to the medical system.

While not yet finished, the handwriting on the wall – so far – looks very good indeed! Who would flip this for a quick gain at this stage, is beyond our comprehension.