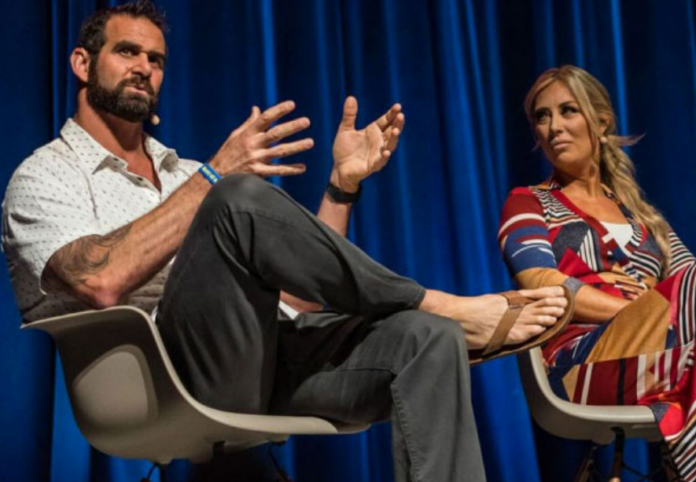 In 2013, Marcus retired from the military. But life as a civilian only made his depression, anger, headaches, anxiety, alcoholism, impulsivity and violent dreams worse. Sometimes he’d get upset by noon and binge-drink for 12 hours. Amber watched in horror as his cognitive functioning declined; Marcus was in his late 30s, but he would get lost driving his daughter to volleyball, and sometimes he couldn’t even recognize his friends. Psychologists had diagnosed him with posttraumatic stress disorder (PTSD), depression and anxiety, but antidepressants, Ambien and Adderall didn’t help. He visited a handful of brain clinics across the country, which diagnosed him with postconcussive syndrome after a childhood of football—then a career punctuated by grenades, explosives, rifles and shoulder-fired rockets. But all they offered were more pills, none of which helped either.

After the treatment was over, Marcus felt as if he’d finally put down a heavy load he’d been carrying for years. For the first time in a long time, he didn’t want a drink, and he didn’t touch alcohol for a year after. “I was thinking clear. I wasn’t impulsive anymore. I had no anxiety. I wasn’t depressed,” he says. Amber couldn’t believe it, but when she picked him up, she knew she had her husband back. “When he walked into the room, it was as though I was witnessing him the first time I met him,” she says. “His anger and his darkness and his whole demeanor had changed. All of that was gone. He was easy. He was light. He was present. He was happy. It just absolutely blew my mind.”

VETS was founded in 2019 by Marcus and Amber Capone in response to the growing veteran healthcare and suicide crises. Marcus, a retired Navy SEAL, left the military in 2013 after multiple combat deployments. Marcus and Amber soon realized that the subsequent years would be wrought with escalating hardships, misdiagnoses, a broken veteran healthcare system, and desperation to find a meaningful solution before it was too late.