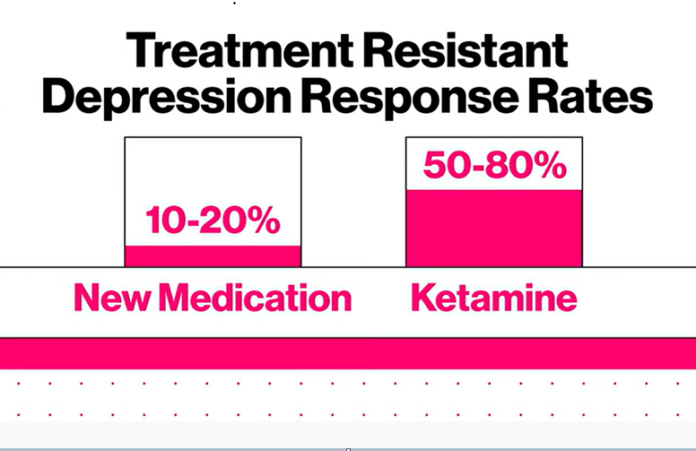 FREETHINK: When first manufactured as an anesthetic for humans and animals in 1962, doctors had no intention of prescribing ketamine for depression. And after the drug became popular in the club scene, its abuse led to a discredited and stigmatized reputation.

But the powerful effects that ketamine has on the brain’s neurons have led doctors to further explore its medical potential, and now, ketamine infusion therapy and ketamine nasal sprays are giving those with severe depression new hope.