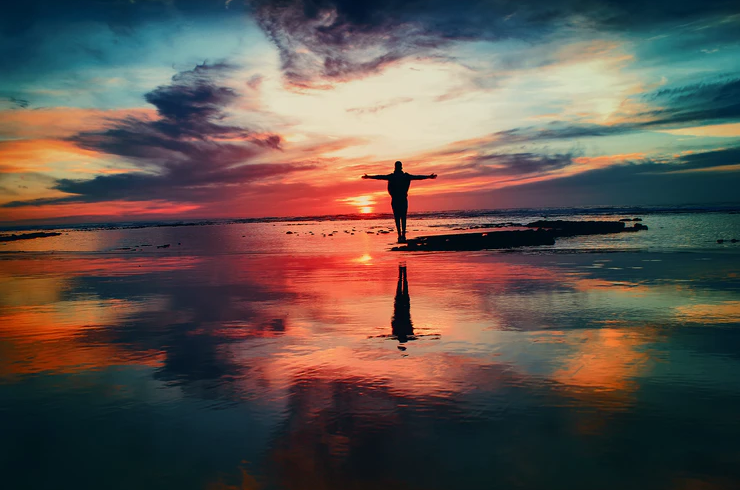 We just finished compiling the 2021 Psychedelic Investor Guide and reviewed 44 companies – in all shapes and sizes. Excluding Johnson & Johnson at $420 billion, the market caps range from as small as $3 million, to as large as $2.5 billion (ATAI) with the majority under $100 million.

-Share prices range from a few pennies to as high as $31.40 (Compass Pathways).

-Financial strength among the 44 ranged from ‘better raise money’ fast (most) to over $400 million held by ATAI – which has 10 expensive trials running at once.

-What they actually do, range from traditional drug development, opening treatment centers (our favorite sub-sector), testing kits, manufacturing for third parties and let’s just say ‘other.’

In preparation to answer the inevitable ‘cocktail-party’ question “which one is your favorite,” we actually made the effort, to come up with a name!

Keep in mind, favorite means, which do we think will have the best market performance over the next couple years. While we’ve had more than our share of big winners, it’s mostly a fun exercise with a modest correlation, as to which will actually perform best.

We’ve been finding ‘new-sectors’ to exploit and creating Watch Lists covering these new sector, since we launched the Internet Stock Review in 1998. Many times some of the names we thought had only modest potential later went up 10, 20 or even 30 fold. While at the same time some of our personal favorites (which we rarely reveal) went to the wayside or even got delisted.

So best practice – is make your own Watch List, from our Watch List (like at least 10 names) to increase your odds of getting one or more screamers.

Favorite also does not mean the most broadly suitable. If safety and suitability was a goal, which it is not, we’d have to go with ATAI.

Note also, the biggest impetus to individual share performance will be the whole group doing well. The rising tide floats all boats theory. Like Internet sector in 1998, like Biotech sector in 2002, and the runs we saw in Alternative Energy, Marijuana and most recently the Corona related sector.

While we may not be able to pick the best individual performers in any sector – we are absolutely, positively convinced that this entire sector will go ballistic. We are at the VERY beginning. This is a new dawn in the treatment of anxiety, depression and addiction – all multi-billion markets that are currently providing less than satisfying results.

Here Then is our Favorite Psychedelic With News out Yesterday.

We like EHave (EVVHF) so much we just signed them as our first sector client. Due to current limited resources, it should rank as a speculative idea. At the same time though, the story we see developing ranks it near the top of our potential future event excitement list.

The kind of excitement we saw at Organicell which could see the share price up ten-fold.

In short we have a $5 million market cap, a $0.03 share price, the soon approaching launch of KetaDash their mobile Ketamine treatment center, and the rollout of the EHave Electronic Health Records (EHR) System – that when combined – offers plenty to study.

What we most like about the Company is the management. We’ve had the opportunity to meet the Chairman, Ben Kaplan as the Company is based in Miami. He doesn’t come from a medical background – he comes from a Wall Street deal-maker background. He’s ‘one of us.’

We feel companies like this will have opportunity to see dozens of potential deals to exploit, in the coming years as the sector finds it footing.

The thesis then is publicly traded companies like Ehave, acquiring privately held technology companies, who don’t want or know how to go public on their own. This categorizes EHave as a Mental Health & Wellness Incubator.

Yesterday Ehave announced a potential deal with Moksha Digital, that in our opinion can put Ehave on the map.

Here’s a brief overview from their press release and regulatory filing.

Note, Ehave has been developing an Electronic Health Record (EHR) system (the Ehave Dashboard) that is the most sophisticated we have examined in terms of ease of use and practicality.

Their system works with nearly all established EHR systems used by medical practices and hospitals. It’s more of a medical records ORGANIZER that lets the patient easily download his or her health records, for easy access with just ONE CLICK.

We consider this a companion product to established EHR systems in the market versus a competing system.

This gives FULL CONTROL of the medical records to the patient, who can later share it with any physician, family members, attorney, or any other trusted party.

By acquiring Moksha Digital, Ehave will have the ability to add medical images and clinically-relevant reports to their EHR system – eliminating the need for films. This alone is huge.

Moksha is an operating company (not a start-up) catering to Hospitals which streamlines the Radiology operations of the hospital. Their CuriePACS and CurieRIS solutions are FDA cleared and used by radiologists, clinicians, and surgeons in multiple hospitals and diagnostic centers across the globe. They have 33 computer, engineering and software experts working in Bengaluru, India.

The founders of the Moksha having worked for companies such as Sony, AOL Time Warner, SAP, Oracle, Citibank and Goldman Sachs worldwide and collectively have decades of Imaging and Software engineering experience.

It’s not often we see a company share financial guidance of a targeted acquisition, but Ehave was kind enough to do so (see below).

Benjamin Kaplan, Chief Executive Officer of Ehave, Inc., said, “The next phase of Ehave’s business plan is to monetize our Ehave Dashboard. The LOI to acquire Moksha Digital along with its sales force and marketing channels can accelerate our efforts, since Dashboard complements Moksha’s existing product mix.”

Mr. Kaplan continued, “Moksha Digital will also benefit tremendously, since the relationships Ehave has built in the areas of psychedelics and clinical trials will open up an entirely new market for their medical imaging products and provide the ability to test future AI-enabled enhancements.

This press release contains “forward-looking statements” within the meaning of the Private Securities Litigation Reform Act of 1995. Such statements may be preceded by the words “intends,” “may,” “will,” “plans,” “expects,” “anticipates,” “projects,” “predicts,” “estimates,” “aims,” “believes,” “hopes,” “potential” or similar words. Forward-looking statements are based on certain assumptions and are subject to various known and unknown risks and uncertainties, many of which are beyond the Company’s control, and cannot be predicted or quantified and consequently, actual results may differ materially from those expressed or implied by such forward-looking statements: (i) the initiation, timing, progress and results of the Company’s research, manufacturing and other development efforts; (ii) the Company’s ability to advance its products to successfully complete development and commercialization; (iii) the manufacturing, development, commercialization, and market acceptance of the Company’s products; (iv) the lack of sufficient funding to finance the product development and business operations; (v) competitive companies and technologies within the Company’s industry and introduction of competing products; (vi) the Company’s ability to establish and maintain corporate collaborations; (vii) loss of key management personnel; (viii) the scope of protection the Company is able to establish and maintain for intellectual property rights covering its products and its ability to operate its business without infringing the intellectual property rights of others; (ix) potential failure to comply with applicable health information privacy and security laws and other state and federal privacy and security laws; and (x) the difficulty of predicting actions of the USA FDA and its regulations. All forward-looking statements included in this press release are made only as of the date of this press release. The Company assumes no obligation to update any written or oral forward-looking statement unless required by law. More detailed information about the Company and the risk factors that may affect the realization of forward-looking statements is contained under the heading “Risk Factors” in Ehave, Inc.’s Registration Statement on Form F-1 filed with the Securities and Exchange Commission (SEC) on September 24, 2015, as amended, which is available on the SEC’s website, http://www.sec.gov. Ehave has retained Institutional Analyst to provide ongoing news coverage and reporting for seven-thousand five hundred dollars and seventy thousand shares per month for a one-year period.