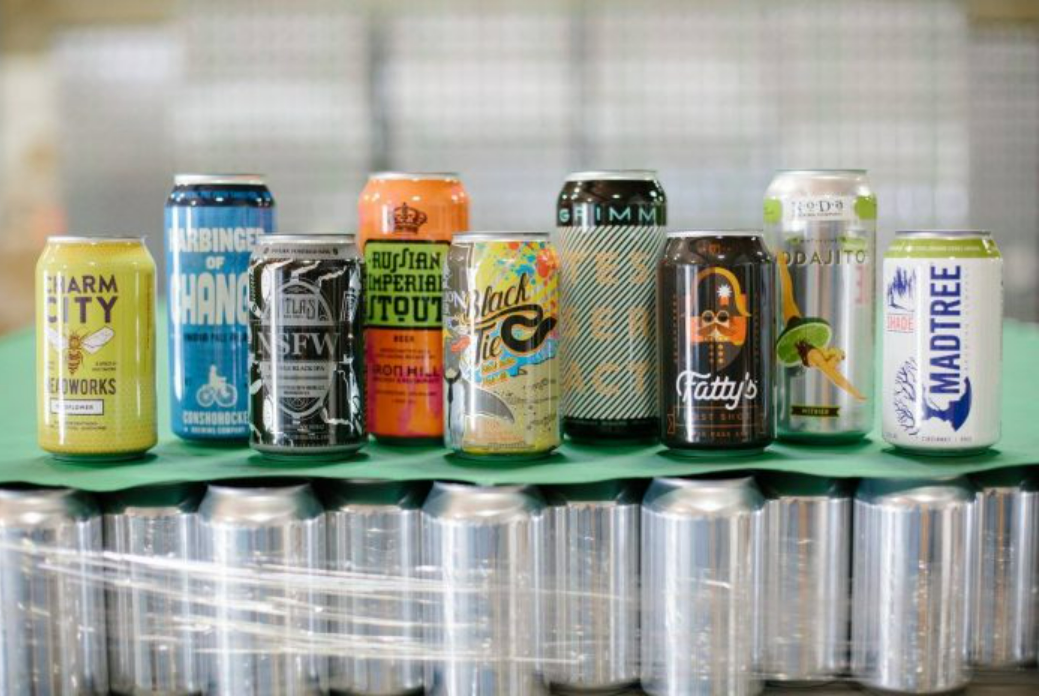 It’s been a while since we added a new name to the Beverage Stock Review Watch List. Our last three rather big winners were the Alkaline Water Co (WTER), New Age Beverages (NBEV) and Celcius (CELH) of course.

But we think we’ve finally found another gem. Not a trade, but we are very optimistic of their prospects looking a couple years out – if not sooner.

Acquisition of the Decade.

With the recent acquisitions, Wildpack appears like it’s quickly becoming a one-stop shop helping newer beverage brands turn their dreams into reality. If you think about how many new brands are launched every year, year after year – the potential becomes obvious.

New brands don’t want to build a bottling or canning plant. It’s too costly, too time consuming and too risky. They want to come up with a winning formulation, design attractive packaging and spend their investment and efforts into marketing the brand to get it onto the shelves of your local store.

Take a deep look at MGP Ingredients (MGPI) the leader in ‘helping other’ brands (alcohol based) grow and succeed. Haven’t heard of them, despite $400 million in sales and a $1.6 billion market cap? Most investors haven’t. Nonetheless, odds are you’ve drank a whisky they bottled.

Ever hear of Angel’s Envy, Bulleit Rye, High West or Pearl Vodka? They’re not made in some Artisan distillery somewhere in the mountains of Kentucky. They’re made at MGP in Indiana, the Hoosier State. Their biggest customer is Diageo (DEO).

Similar to MGP as Wildpack continues to acquire slightly up and down their vertical, they unlock more value for its beverage customers allowing the new brands to focus on what they do best. Sell and market their drinks – while leaving the rest to Wildpack.

To be honest, we’ve been looking for a company like this and we’re surprised there aren’t more publicly traded players in this enormous market. Some of the major beverage companies and venture capital firms have divisions helping other beverage start-ups, like VEB owned by Coca-Cola (KO). Though it incubates and acquires – so a different model.

Beverage companies are for the patient (see MGP above). Which doesn’t mean they aren’t candidates for incredible gains. They’re just not for today’s traders who rent-a-stock by the week, day or hour.

Compared to our work with Biotech companies – where a ‘surprise’ from the FDA can cut a stock in half, or more in a day – it’s pretty much restful nights in the beverage industry. When a surprise comes. it’s usually the good kind, like a takeover.

Some Specifics on Wildpack and Canned Beverages.

Note this is a heads up, more details to follow in an upcoming report.

The biggest player in the market is Refresco a billion dollar giant acquired by 3i in 2010, a venture capital firm. They entered the American market in 2018 by acquiring Cott Corp’s bottling operation for $1.2 billion. Cott is now called Primo Water (PRMW) not followed. In August they announced they were buying three plants from Coca Cola.

Wildpack however is targeting the middle market, so their paths really don’t cross. Ditto with paths not crossing with mega canners like Ball Corp (BLL) valued at $30 billion and Crown Holdings (CCK) valued at $14 billion. Wildpack could get well past $100 million in sales and it’s like a sailboat passing a cruise liner in the night.

As for wind behind their back, the canning market is on fire. Just look in your local store at the new offerings in wines and hard seltzers.

Industry trade magazine Can Makers, says canned alcoholic drinks now make up 17% of the alcohol market’s total annual value. Simon Gresty, Can Makers chairman, said “We can see demonstrable growth across the board and the demand for cans has risen to record levels, driven partly by restrictions facing the hospitality sector during lockdowns.”

Adding, “..more consumers have now experienced the quality of canned beverages and are likely to stick with the format.”

So there you have it. Wind behind their back, which is always a good thing. Particularly when Wildpack had a pre-acquisition market cap under $60 million.

Wildpack’s Plan as a Public Company? Gooble up the Small Players Using Cash and Stock.

With decades of experience working with ‘roll-ups’ and ‘incubators’ and ‘accelerators’ one thing we know for sure, is buying small competitors in fragmented industries is a lot easier said then done. There are dozens of things that can go wrong, starting with not being able to find good acquisitions, to not being able to properly assimilate the acquisitions made.

What we have learned over the years is that whether things are going right, or things going wrong, always rests on the shoulders of management. Regardless of how great the inherent fundamentals of the targeted sector is.

Wildpack’s progress in two short years is startling impressive (see important milestones above). In our opinion the Land and Sea acquisition – which has sales of $20 million – put Wildpack on the map. Now when they knock on the door of the next potential acquisition target – they can point to the merger as “Land and Sea was happy to join our family, and so will you.”

So who is behind their ambitious plans? Not people from the beverage industry. Powering the company are financial experts with deep experience in M&A. You can read the bios here, but we’ll summarize.

There’s many more, but we saved the best for last.

The BOD is equally if not more impressive. Board of Directors.

Buying With Cash and Stock

The other dynamic we love, particularly with roll-ups, is the difference between offers from cash buyers versus buyers offering stock when making acquisitions.

Had Wildpack paid $37 million in all cash for Land and Sea, even though it’s a lot of money – it would have essentially been game over for family members Kim and Tim Murray.

Kim a former ER nurse stumbled upon Land and Sea Packaging in 2000 as a very distressed business in need of a new owner. In short, she has twenty years building the operation – it’s her baby. Her employees are family too.

To continue their involvement Kim Murray and COO Tim Murray will remain with the company as employees and will get a voting seat and an observer seat on the Wildpack board of directors. Technically it now belongs to Wildpack – but as a shareholder, she can continue her customer relationships and reap the benefits of owning $11 million dollars worth of a publicly traded company with a bright future.

Financially, it’s game on – not game over. While no one can predict the future – if in the next ten years Wildpack increases in value by 10-fold, her $11 million dollars worth of stock will be worth over $100 million.

Or as Gordon Gecko famously said, “And I’m not talking a $400,000 a year working Wall Street stiff flying first class and being comfortable, I’m talking about liquid. Rich enough to have your own jet. Rich enough not to waste time. Fifty, a hundred million dollars Buddy.”

Not to beat our own drum, but rather we highlight these names, because when we found them, they were all orphaned start-ups much like Wildpack. With companies like these you have to look for the earliest indicators of operational progress. Way ahead of the Reddit traders.

We don’t recommend stocks, we don’t issue price targets – but experience has proven it’s not a bad idea to develop interest, at the same time we develop interest. As in early – before proof that it really is a good idea, is laid bare. Riskier, yes. But enormously more profitable (potentially of course.) So come join the discovery journey in Wildpack. We think this one has legs.

Alkaline Water (WTER) had sales under $6 million when we found them in 2015. They just announced their 33rd straight up quarter, and sales this year should be $60 million.

New Age Beverages (NBEV) was a single location brewery called American Brewing when we found it with sales under $5 million.

Despite the share price being under $1.00 they started their own roll-up plans acquiring companies with their stock. Trailing twelve revenues were over $400 million.

Celcius Holdings (CELH). There’s really no explaining this one. At $0.99 a share when we found it, we thought they had good chance to get to $3 or $4 dollars. Sales were near $20 million. Trailing twelve month sales are $187 million. Yes impressive – still no explaining a $5 billion market cap.

That should be enough to incentivize you to do further research. We’ll leave you with a comparables table, from their most recent corporate presentation.

Our Best Risk to Reward Idea Ever?

Everything You Need to Know About FDA’s Priority Review Vouchers Worth $100’s of Millions.

The Race to Develop Therapeutics for COVID. The Small Caps Fight for a Treatment Rage On!

Our Best Risk to Reward Idea Ever?

Everything You Need to Know About FDA’s Priority Review Vouchers Worth $100’s of Millions.

Biotech News Editor / Curator - January 17, 2022
Never Heard of These 'PRV's' but What a Potential Bonanza for the Recipients. They're transferable - as in they can be...