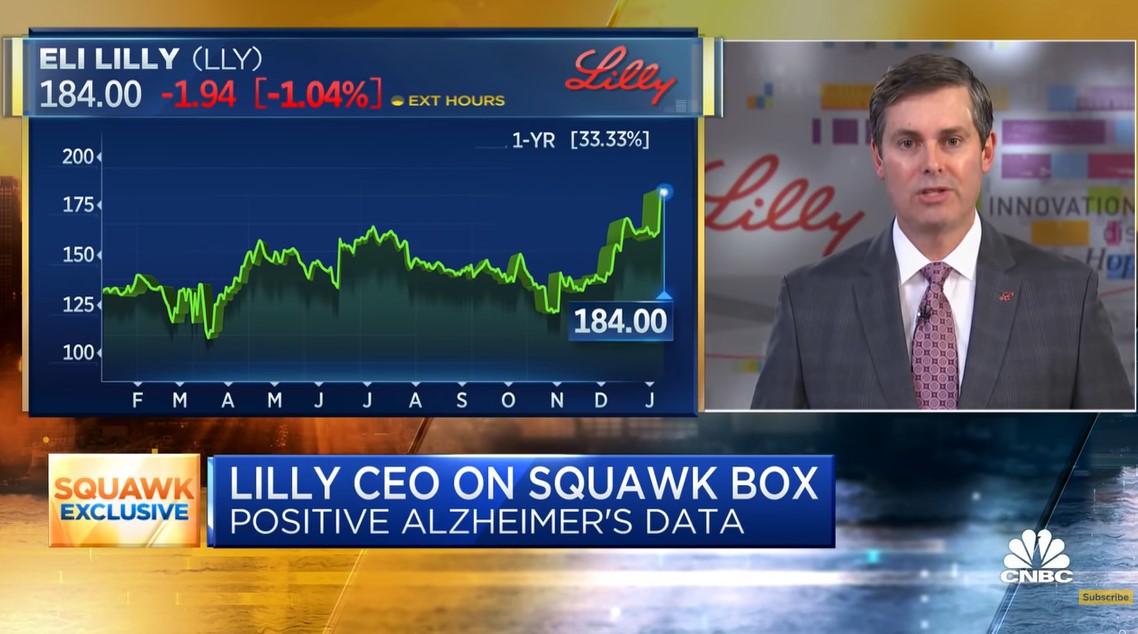 A winner is crowned in head-to-head Alzheimer’s battle between Biogen’s Aduhelm and Lilly – Dec 1, 2022

In a trial comparing the two therapies, donanemab reduced brain amyloid plaque levels by 65.2% at six months compared to baseline, while Aduhelm reduced levels by 17% for the same time period. The donanemab data, which were shared Nov. 30 at the Clinical Trials on Alzheimer’s Disease conference, comes from Lilly’s ongoing phase 3 study, dubbed TRAILBLAZER-ALZ 4.

On the company’s third-quarter earnings call Tuesday, executives heralded those results, which found a 27% reduction in clinical decline among treated patients with early Alzheimer’s, as providing additional validation of the amyloid beta hypothesis that’s driven the development of Lilly’s own donanemab.

Eli Lilly is sitting on a potential $6 billion a year Alzheimer’s drug in donanemab, according to Evaluate Pharma, which could grab FDA approval next year. But one only needs to look over at rival Biogen—which won an accelerated U.S. approval for its similar Alzheimer’s drug, Aduhelm, last year—to see how tough a sell this could be.