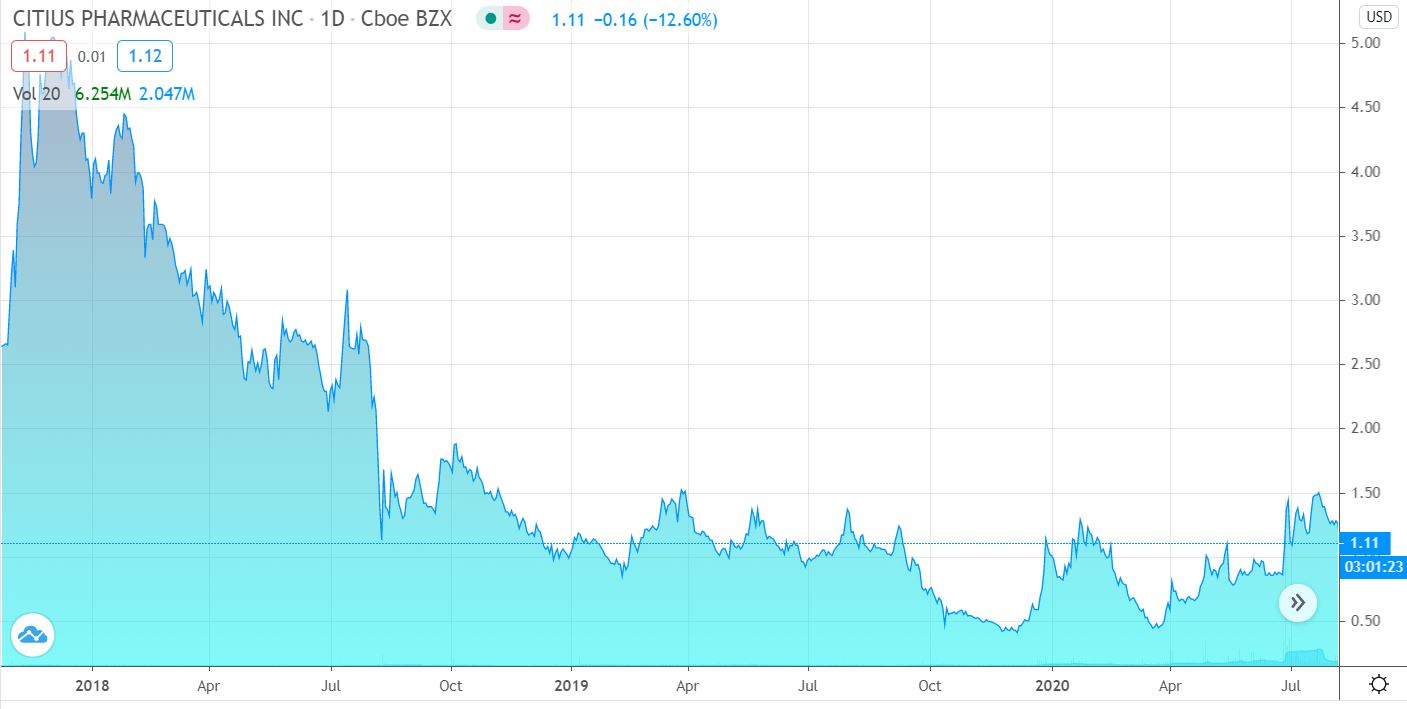 In reality, we don’t know if the investor, or investors, are betting that MinoLok will be approved by the FDA – or if they bought roughly 8 million shares at $1.05 to flip at $1.25. For a quick 20% gain, the next time there is a flurry of Corona related buying.

We’ll make an educated guess though, that they’re in this for the big move. The type of move that comes after an approval from the FDA.

Knowing how HC Wainwright (a fine firm we might add) has operated in the past suggests it was one, or a handful of investors that bought the shares. Citius previously raised $7.5 million at $1.06 last May 18th.

What we do know is this is that we believe this is a fine chance (and maybe final chance) to acquire a meaningful stake – before news from the FDA which the company has previously stated could come ‘at any-time.’

“If the trial were to meet the interim superiority threshold, it could be halted earlier than anticipated. However, we expect that the trial will continue as planned..” (May 2020 shareholder letter.)

Note the below interesting Citius tibbits!

WHAT THE BROKERS THINK

WHAT THE FEW INSTITUTIONAL OWNERS THINK

Where is Citius Pharma (CTXR) in the FDA Approval Process?