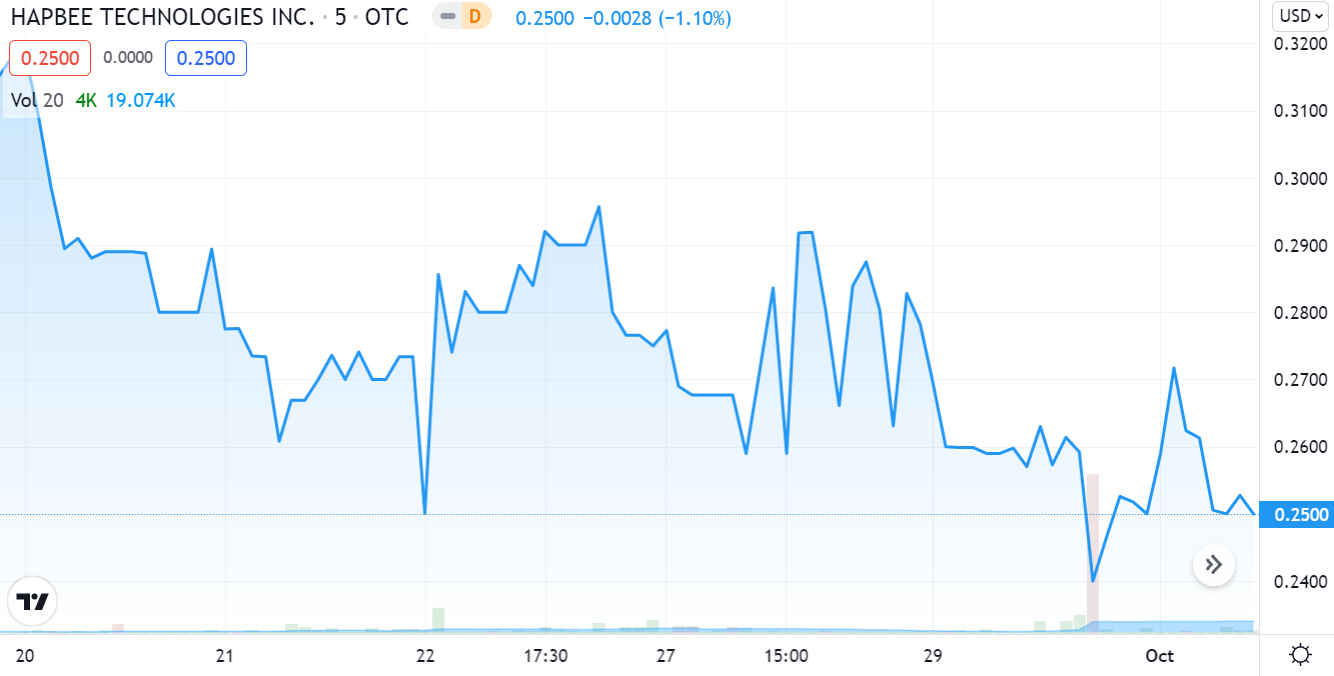 FMW Media will be producing and broadcasting the show across all of the New to The Street’s syndicated televised platform on FOX Business, Bloomberg, Newsmax, KRON-TV San Francisco, CNN, CNBC, MSNBC and Univision. Airings are produced with the objective to bring attention to Hapbee Technologies, Inc’s wellness wearable products which can deliver a molecular signature of compounds like caffeine, nicotine, CBD, and others relaxing sensations through magnetic waves.

“We look forward to working with the exceptional team of professionals at New to The Street and benefitting from their non-stop national media coverage and top-flight production values,” stated Yona Shtern, Chief Executive Officer, Hapbee Technologies, Inc. “We believe getting Hapbee Technologies’ news and message to the millions of households that watch Bloomberg, Fox Business Network and Newsmax to name a few, will be invaluable towards improving name recognition and brand awareness on the ‘Hapbee Smart Wearable’ brands. New to The Street will be maximizing viewership with each televised story, showcasing our Company’s wellness technology to massive audiences, which will shed more light on our fundamentals within the retail investment community.”

Vince Caruso, CEO FMW Media Corp. and the Creator / Producer of New to The Street TV states, “I am excited to have Hapbee Technologies, Inc. on the show for a 12-part TV series. Their ‘Hapbee Smart Wearable’ brands and products have enormous mental health applications. We look forward to the opportunity for our televised audiences to get to know the Company and their representatives explaining their wellness business brands and technology to our syndicated TV audiences.”

The future filmed broadcastings of New to The Street’s interviews with Newsmax TV, Fox Business Network., Bloomberg and other syndicated outlets; show dates and time “To Be Announced” in the near future.

FMW Media operates one of the longest-running U.S and International sponsored and Syndicated Nielsen Rated programming T.V. brands “New to The Street,” and its blockchain show “Exploring The Block.” Since 2009, these brands run biographical interview segment shows across major U.S. Television networks. The TV platforms reach over 540 million homes both in the US and international markets. FMW recently added Newsmax to its broadcasting platform with its first show broadcasted Sunday, December 27th. The NEWSMAX New to The Street show is syndicated on Sundays at 10 AM EST. FMW is also one of the nation’s largest buyers of linear Television long and short form- https://www.newsmaxtv.com/Shows/New-to-the-Street & https://www.newtothestreet.com/.

And
“New to The Street” Business Development office
Support@NewtoTheStreet.com
1-516-696-5900