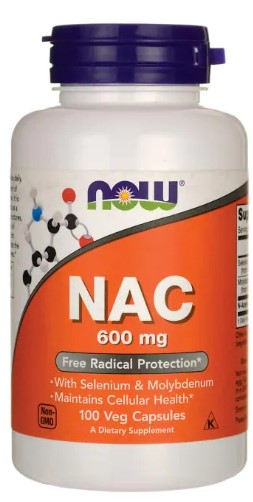 NAC Crosses Major Hurdle With FDA. Is Bucillamine Next.

“Industry, and especially large online retailers, should now have the level of clarity and comfort from the agency to go back to the business of selling NAC.”

The four-page guidance was issued roughly two years after FDA proclaimed in warning letters that NAC was excluded from the definition of a dietary supplement due to its approval as a drug in 1963.

The warning letters prompted Amazon to remove NAC supplements from its ecommerce website while causing an uproar in the dietary supplement industry. Industry trade groups said NAC has been safely marketed in nutritional products since at least the early 1990s, based on documents provided to FDA.

FDA’s “enforcement discretion policy applies to products that would be lawfully marketed dietary supplements if NAC were not excluded from the definition of ‘dietary supplement’ and that are not otherwise in violation of the FD&C [Federal Food, Drug & Cosmetic] Act,” according to the final guidance.

FDA said in the guidance it does not plan to object to the sale of an NAC-containing product labeled as a dietary supplement solely “because the product is intended to affect the structure or any function of the body of man….”

“However, this enforcement discretion policy does not apply to an NAC-containing product that is labeled as a dietary supplement but is intended for use in the diagnosis, cure, mitigation, treatment or prevention of disease and, therefore, is a drug under section 201(g)(1)(B) of the FD&C [Federal Food, Drug & Cosmetic] Act,” FDA added. “Likewise, for example, the enforcement discretion policy does not apply to NAC-containing products that are adulterated or misbranded under the FD&C Act (other than those misbranded only because they contain NAC and are labeled as dietary supplements).”

FDA’s guidance, which is scheduled to be published Aug. 2 in the Federal Register, has been in the works for months. On March 31, FDA confirmed in its response to two citizen petitions filed by the Council for Responsible Nutrition (CRN) and Natural Products Association (NPA) that NAC is excluded from the definition of a dietary supplement.

FDA, however, said it was considering commencing a rulemaking to authorize NAC in dietary supplements, in response to a request from NPA in its citizen petition. FDA also disclosed it was considering exercising enforcement discretion for certain NAC-containing products labeled as dietary supplements and planned to issue guidance about its policy. Three weeks later, FDA published a draft NAC guidance.

In the final guidance, FDA said it intends to exercise enforcement discretion until it completes a notice-and-comment rulemaking or denies NPA’s request for rulemaking. That is unless FDA identifies any safety-related concerns in its review of NAC-containing supplements.

Dan Fabricant, president and CEO of NPA, which challenged FDA’s position on NAC in a lawsuit filed in U.S. District Court in Maryland, described the final guidance as “a big win” yet “bittersweet for sure.”

“Citizens petitions and lawsuits are extreme measures and should be the rare exception, not the rule,” Fabricant said in a written statement. “The industry experienced significant economic harm as a direct result of the agency’s years-long and inexplicable delays on NAC, but thankfully our actions held FDA accountable and forced their hand on issuing final guidance.”

He added, “We hope this is a teachable moment for the agency that expedites resolution on any remaining issues on NAC with FDA and that basic regulatory obligations in the future are handled in the timely and professional manner befitting of the world’s gold standard.”

Loren Israelsen, president of the United Natural Products Alliance (UNPA), said his organization is “pleased” with FDA’s plan to exercise enforcement discretion for the sale of NAC-containing supplements, and he said “UNPA will be actively engaged” in the rulemaking process if FDA moves forward with one.

“The winner today is the dietary supplement consumer,” Israelsen said in an email to Natural Products Insider. “NAC is an important product to many, and concerns about NAC coming off the market were widespread.”

Israelsen added he believes comments filed by UNPA and other organizations regarding NAC’s evidence of “long and safe use” helped FDA reach its decision Monday.