Home Psychedelic News That’s it. $225 Million Raised by Atai (ATAI) Gets us Interested in... 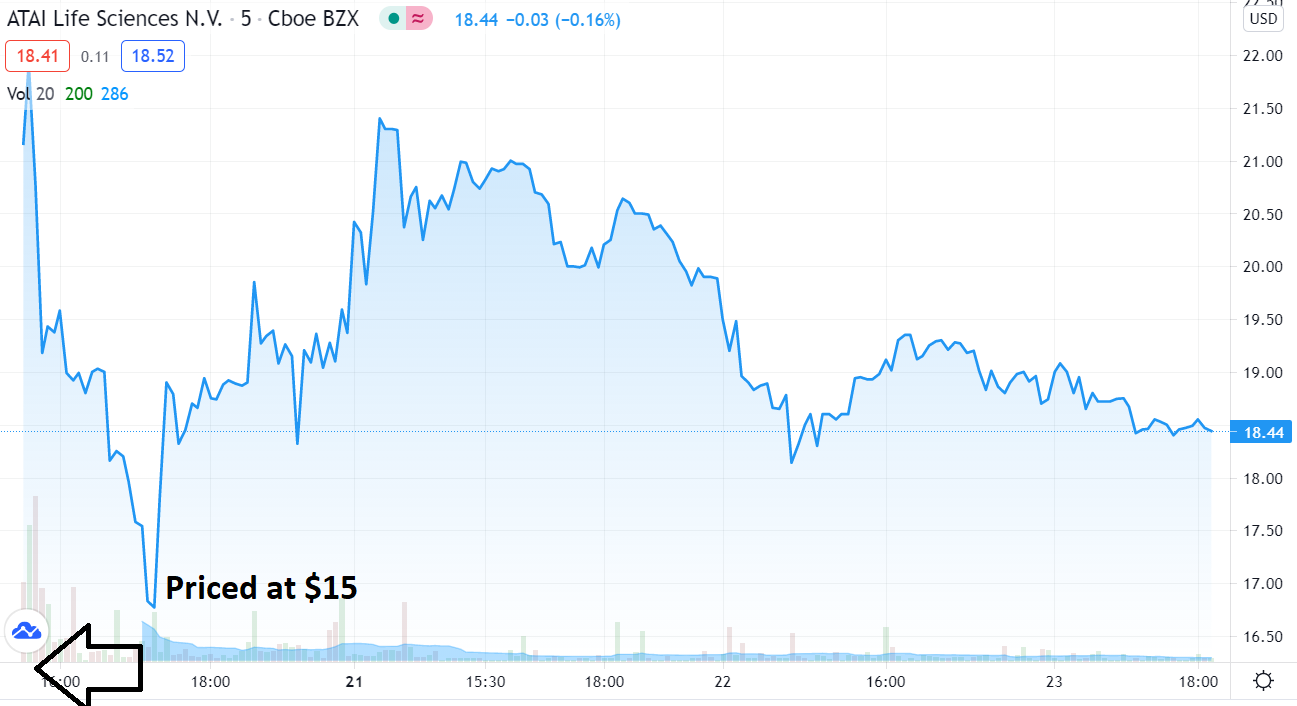 Initially founded as a holding group that later became involved in operations, Atai handles a growing portfolio of about 12 companies, all focused on bringing novel mental health treatments through the use of various disruptive technologies and molecules including psychedelic medicines.

Its portfolio includes Perception Neurosciences, a company putting ketamine through clinical trials for the treatment of depression, as well as other companies developing psychedelics like  MDMA, ibogaine and DMT for mental health purposes.

Atai is also a major shareholder in Compass Pathways (CMPS), a company developing psilocybin products for psychedelics-assisted psychotherapy, which was the first psychedelics company to debut on Wall Street in September 2020.

Backed by PayPal (PYPL) founder Peter Thiel, the company had raised over $362 million since its inception in 2018. Atai raised an additional $225 million from its upsized initial public offering on Thursday, selling 15 million shares at a price of $15.

Atai stock opened trading at $21, giving the company a market valuation of about $3.19 billion.

We’re not adding either to the Watch List (though Compass is looking interesting), but we are hunting for names. We have a Universe of about 25 names in the sector – in price all ranges and in all stages of development. Stayed tuned to see what we find.

Subscribe to see what we come across in the Psychedelics.