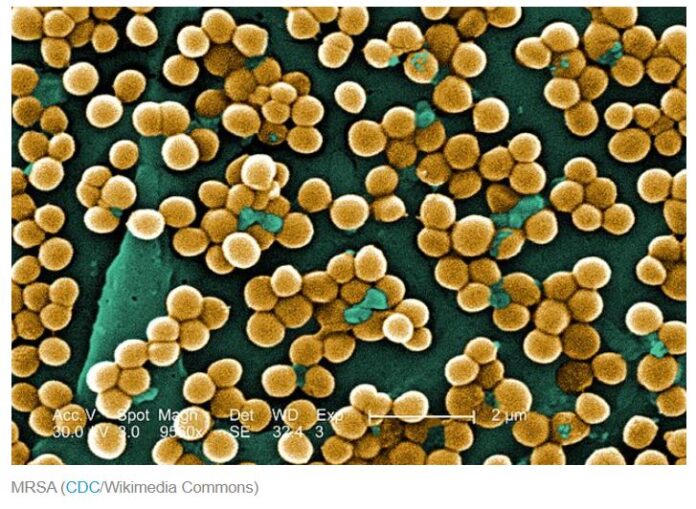 I was going to write this week about how DEET works, as a follow-up to last week’s post about “mosquito magnets.” But I decided to put that on hold after reading these four pieces that journalist and Superbug blogger Maryn McKenna, who writes about antibiotic resistance, published over the last couple of weeks on a group of bacteria called carbapenem-resistant Enterobacteriaceae, or CRE — what the director of the CDC is calling his “nightmare bacteria.”

It’s hard to believe that in the developed world in this day and age that you can walk into a hospital for surgery and come out dead, your body overwhelmed by lifeforms that you can’t see without a microscope. In the antibiotic age, that’s just not supposed to happen, right?

But it happens all the time. Antibiotic resistance is evolution in action. As McKenna notes, even Alexander Fleming, the father of the antibiotic age, feared that bacteria would come to resist his beloved penicillin. And because the ways we’ve misused and overused antibiotics over the mere 70 years they’ve been available to us, they’ve become almost useless in some cases.

Others have covered the issue of resistance much more eloquently than I. But what I thought I might do is, as with the glossary of fats, compile a list of what antibiotics are available to us today, what forms of resistance bacteria have evolved in response to them, and what we can and are doing to stop them.

Before we jump to the resistance, a note on how antibiotics work. Every antibiotic is either bacteriostatic — it prevents bacteria from growing and dividing — or bacteriocidal — it kills ’em dead. With a few exceptions that I note below, they do this by:

Let’s start with the families of antibiotics. I’ve included the names of one or two examples that you might have heard of from each family and how they work:

What’s amazing is that many antibiotics are derived from microbes themselves. Penicillin was famously discovered in a penicillium mold that had contaminated one of Alexander Fleming’s petri dishes; vancomycin was first isolated from soil bacteria. They’re like the chemical weapons of the microbial world, giving the microbes that produce them a competitive edge or means of defense against others.

Now let’s dive into the resistance. Generally speaking, resistant bacteria fight off antibiotics in one of five ways:

All of these mechanisms stem from genes, either changes in existing ones or evolution of new ones. And bacteria have this nasty habit (nasty for us, great for them) of passing resistance genes directly between each other, even between different species. This is why the same resistance mechanism is often shared among multiple species of bacteria.

The resistance is full of acronyms and weird words; here are the ones you’re most likely to see and hear, the ones that have the CDC and their equivalents around the world scared. Mind you, this nowhere close to a full list of the kinds of antibiotic resistance out there — resistance has been found to nearly every antibiotic at some level — but just the names and acronyms of the kinds that are the most worrisome at the moment: