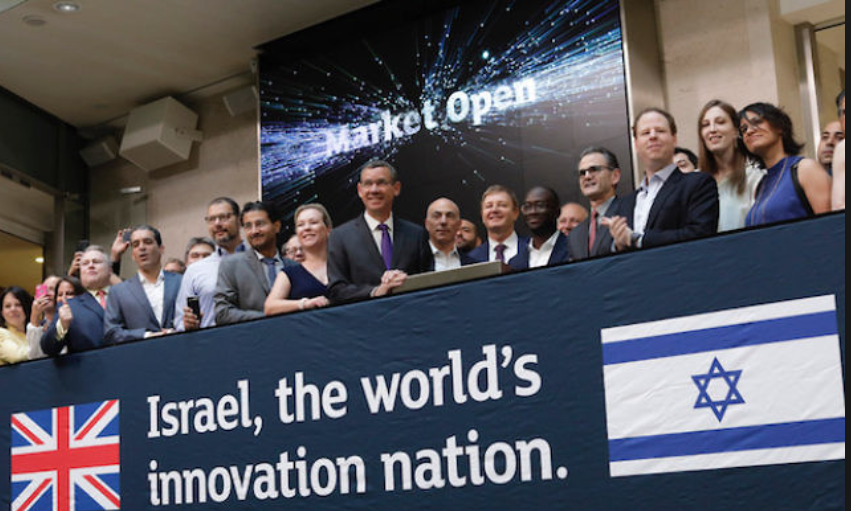 IF YOU WANT TO BEAT THE S&P 500, INVEST IN AN ISRAELI ETF

Tracking the charts for the past 30 years, Steven Schoenfeld says that investing in Israeli stocks and liquid investments now offers better returns than investing in American equity or the S&P 500.

It’s one thing to buy Israeli stocks out of political conviction. It’s another thing to invest in the country because it’s good for your portfolio.

Enter Steven Schoenfeld, the founder and chief investment officer of BlueStar Indexes. Based in New York, Schoenfeld avidly checks the markets and helps manage two exchange-traded funds (ETF) that trade on the New York Stock Exchange – and they include the stocks of smaller, mid-cap Israeli tech companies.

Tracking the charts for the past 30 years, Schoenfeld says that investing in Israeli stocks and liquid investments now offers better returns than investing in American equity or the S&P 500.

“In the past, it has been invest here because it’s good for Israel, buy Israel bonds,” Schoenfeld said. “But now, it’s a good investment. We told investors: ‘If you put the same amount of money in Israel stocks [as elsewhere], you actually would’ve made more money investing in Israel.’”

Launched in 2015, the Blue-Star Israel Technology ETF (ITEQ) allows American investors an easy way to invest in Israel-based technology companies. The first American fund – which includes more than 130 stocks from every sector of the economy – started in 2013 with an anchor investment from the Miami and Chicago Jewish federations.

While the global ETF industry had inflows of more than $500 billion in 2017, ITEQ now has $40 million in assets – a small amount, but up from less than $5 million a year ago. The Israeli tech ETF gained some 28% last year, and has returned around 5% for 2018 to date.

Despite a booming economy – with projected GDP growth at around 3.5% and massive international investment flowing into the country – Israeli stocks remain heavily underrepresented in the portfolios of international and Israeli investors.

The Israel ETF seeks to get more Jewish endowments and foundations to look at the index, based on investment merit, and decide to invest in the Start-Up Nation. Schoenfeld urges that Jewish institutions in North America re-orient their thinking when it comes to the Jewish state.

“One of the most interesting facts is that Jewish and pro-Israel institutions and endowments invest very little in Israel,” Schoenfeld said. “If you think about all the issues – whether it be The Jerusalem Post conference or about fighting BDS or supporting Israel – it’s focused on charity and political activism. And very little is about engaging in our own investments.”

“Many of the same North American investors that are under-invested in Israel are simultaneously invested in Israel’s foes, albeit unintentionally. The average Jewish communal endowment or foundation generally has three-to-four times the amount invested in Israel [as they have] in countries like Qatar, UAE [United Arab Emirates], Pakistan and Malaysia. And that is kind of absurd, even if it’s not intentional.”

Schoenfeld is seeking to change this phenomenon by indexing companies that are cutting edge in terms of technology and that offer promising returns. While 94 Israeli companies currently trade on NASDAQ, BlueStar’s indexes include Israeli companies listed on six additional exchanges, in Tel Aviv, the NYSE, London, Singapore, Australia and Hong Kong.

During the heyday of the Oslo Accords, while working for a large global asset management firm, Schoenfeld was one of the first investment managers to visit the Nablus-based Palestine Stock Exchange, and to meet with Palestinian Authority economic officials to explore investment in the fledging exchange. But those hopes fizzled out with the outbreak of the Second Intifada.

However, he has not given up hope for the potential of “investing in peace,” and Blue- Star has developed several prototypes of a prospective “peace index,” comprised of Palestinian, Jordanian and Israeli stocks of companies active in the West Bank’s economy.

In terms of concerns about geopolitical instability, Israeli firms have been resilient economically, Schoenfeld said. And if foreign investors do sell stocks sharply during a bout of violence, that could lead to bargain deals in the meantime.

Locally, the Israeli ETF can also allow regular people to invest more in stocks, a phenomenon that has yet to take off.

“The Mobileye acquisition by Intel for $15.3 billion was a huge windfall for Israel’s economy, but not for Israeli investors,” Schoenfeld said. Government officials “were shocked that most Israeli investors – retail or institutional – basically didn’t have any stake in Mobileye. This has led to numerous efforts to encourage Israeli domestic institutions to invest in their own technology companies.”

Yet the TASE index excludes a number of Israeli companies that aren’t listed on the local stock exchange, which includes successful firms like Amdocs, CheckPoint and Mellanox.

It can be said that TASE has been a victim of its own success, especially when the exchange was upgraded from “emerging market” to “developed market” status in 2009. In that transition, the stock exchange went from being a big fish in a small pond to being a tiny player among giant developed market exchanges.

For this reason, Schoenfeld is working toward making the TASE and Israeli stocks sound sexy once again.