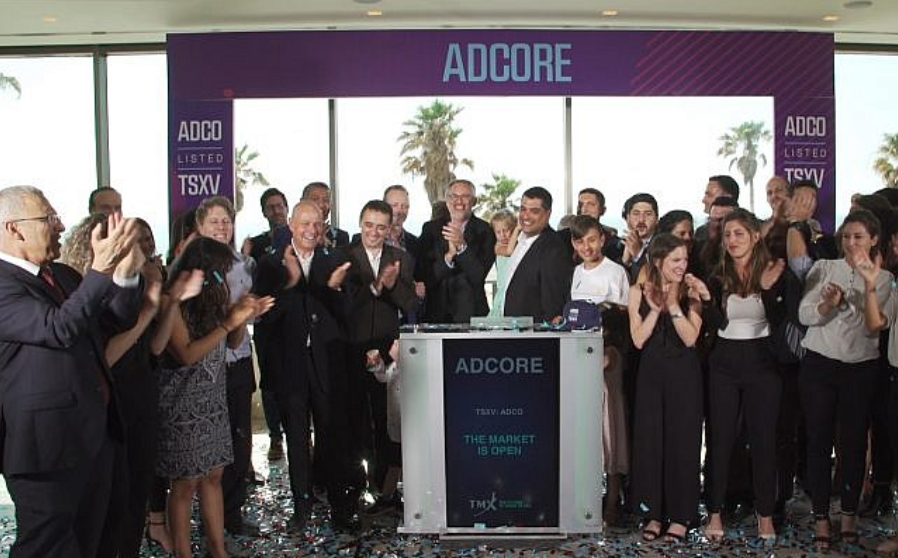 Yossi Boker, head of business development for the exchange in Israel, says there is a ‘pile of new listings in the pipeline if everything goes as planned’

The announcement last month that Israel’s largest medical cannabis producer Breath of Life International Ltd. will list shares on the Toronto Stock Exchange (TSX) is a boost for the exchange chiefs who are seeking to draw more Israeli tech firms to their trading floors.

The news was followed by the announcement that Adcore, a Tel Aviv-based adtech firm, on May 29 completed a share listing on the TSX Venture Exchange (TSXV), bringing the number of Israeli companies that are listed on the TSX, Toronto’s senior equity market, and the TSXV, the public venture exchange that targets growth companies, to 10.

“We have like a pile of new listings in the pipeline and if everything goes as planned, the list of Israeli companies on the TSX and the TSXV is going to increase significantly in the coming few weeks,” said Yossi Boker, head of business development for the TSX/TSXV exchanges in Israel.

Boker spoke to The Times of Israel at the end of May, as officials from the exchange visited the so-called startup nation to drum up interest and draw Israeli firms to list their shares on the two exchanges.

The exchanges also co-hosted, on May 23, the first “Israel Innovation Day,” in Toronto, aimed at highlighting Israeli innovation among local investors whose interest in Israeli companies is growing.

The event attracted more than 150 participants locally, representing a variety of sectors from the Canadian investment ecosystem, including VC funds, investment bankers, lawyers and private investors. The gathering was held in parallel to the Collison conference, the largest tech confab in Canada, that took place that week in Toronto. In addition, the exchanges held their first ever three market opening ceremonies outside Canada and the US, at the end of May, over three days, in Israel.

The purpose of the events was to “really to build excitement in Canada around the Israeli innovation opportunity,” said Rob Peterman, Vice President, Global Business Development, TMX Group, the financial services group that operates the exchanges, in a phone interview during his visit to Tel Aviv. They were also meant to show the exchanges’ commitment to the Israeli market.

Over the last few years Canada, a country blessed with natural resources, has been pivoting its ecosystem around technology, with private equity and VC fund investments rising. There is also a growing appetite by investors for technology stocks, and Israel, an innovation hub, is seen as a hot place to scout for new tech firms that seek to raise funds for growth.

There are nine Israeli companies listed on the TSXV, including the recently listed Adcore, and just one, Baylin Technologies Inc. on the TSX, which will be joined by Breath of Life when the IPO takes place. These traded companies have a total market capital of $375 million, and have raised over $165 million in equity capital.

Foreign listings represent today 30% of the exchanges’ revenue and 40% of its trading volume, according to data provided by the TSX.

The visit of the TSX/TSXV officials coincided with the Israel visit at the end of May of officials from the Australian Securities Exchange, who attended the third annual “ASX in Israel Week,” including events and meetings with Israeli firms and startups, in a bid to drum up their interest in raising funds on the ASX.

And although Israeli companies still view a listing in New York as their dream market — though many of them don’t meet the valuation levels required to sell shares on the Nasdaq or the New York Stock Exchange — and others still prefer to tap into private equity to get funding for growth, many are now eyeing these new markets to tap into new pools of hungry investors.

“Our experience is that those two things need to be built in both sides of the equation to be successful,” he added, and that “takes time.” But he is “very confident” that that is what is being built.

The TSX is also home to large, global cannabis companies like Canada’s Canopy Growth Corp., Aurora Cannabis, and Aphria Inc. The first cannabis companies started listing on the exchange in 2014 and there are today 50 issuers which had a total market capital of $60 billion at the end of April 2019. Breath of Life will be joining them on the TSX.

The pipeline of companies expected from Israel includes “a lot of cannabis related businesses,” Peterman said, but also “companies from a wide variety of categories.” He added that the TSX is “very excited” about having a company with the “quality” of Breath of Life coming to the exchange.

“It is not the role of the stock exchange to decide what risk investors should take,” he said, when asked about the risk involved in investing in cannabis stocks. The role of the exchange is to make sure that any company whose shares it lists has “a strong governance structure in place,” making the necessary financial reporting statements available to investors so they can make their decisions.

My Size (MYSZ) Provides Business Update and Reports Results for the Second Quarter of 2019.