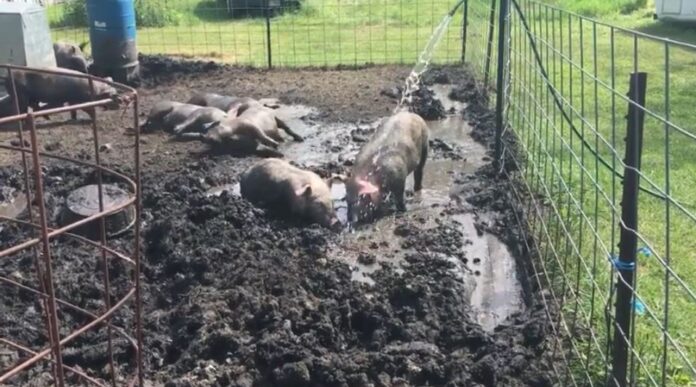 Most of us know by now we shouldn’t overuse antibiotics so we don’t end up with bacterial infections that the drugs can’t treat. But it’s interesting to know that more than 12 million pounds of medically important antibiotics sold in this country are not for use in humans; they’re for livestock. And the antibiotics are driving the spread of drug-resistant bacteria in the animals that can get passed on to us through food if we don’t cook and handle it properly.

“The problem is that when you bring that package into your house you’re bringing a package, a raw package of meat. When you open that up, you have now just potentially released bacteria pathogens, potentially drug-resistant pathogens, into your kitchen.”

YET IT’S ALMOST IMPOSSIBLE TO GET ON THE FARMS TO CONDUCT INSPECTIONS AND STOP INFECTION OUTBREAKS FROM SPREADING, EVEN FOR PUBLIC HEALTH OFFICIALS.

Dr. Scott Lindquist: My job is to look for outbreaks. When I see them, I describe them and I’m supposed to stop them. Very simple.

Dr. Scott Lindquist: Our estimate is anywhere between 3000 to 4000 people were probably ill with this entire outbreak. But we had 175 folks that had positive cultures that–

Lesley Stahl: Meaning that they were severely ill.

Severely ill, with dozens hospitalized, because the salmonella was resistant to antibiotics. Lindquist traced the cause of the outbreak to a slaughterhouse called Kapowsin Meats.

Dr. Scott Lindquist: We come in and we find the bacteria, essentially everywhere. Drains, utensils, the truck that transports them from the farms.

Lesley Stahl: Was it the slaughterhouse’s fault?

Dr. Scott Lindquist: I have no idea and I don’t say that lightly. I’ve only gone back as far as the slaughterhouse. So I want to go back to the farms and I wanna sample the pigs at the farm to say, “Do they have this bug, this exact DNA fingerprint, before they came to the slaughterhouse?”

RELATED: A Coronavirus Spread Through U.S. Pigs in 2013. Here’s How It Was Stopped