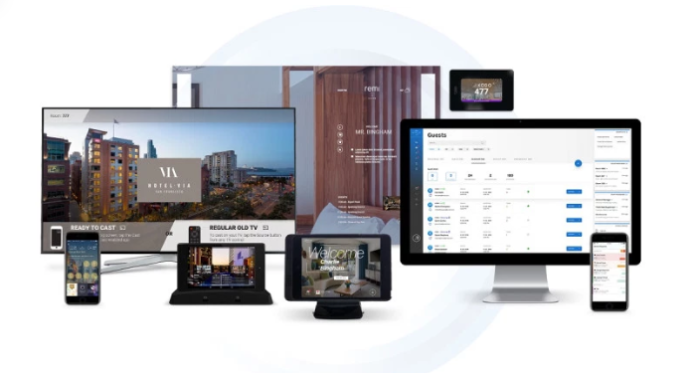 Intelity has raised $44 million to bring cloud services to more hotels, enabling them to manage staff and let guests order room service via tablets or smartphones.

The money comes from Philadelphia-based private equity firm LLR Partners. Intelity aims to provide customers with the most direct and advanced connection to their guests while also supporting back-of-house operations and business intelligence, said CEO Robert Stevenson in an interview with VentureBeat.

“We’ve added more capabilities in the past year in terms of voice support and more robust mobile,” said Stevenson. “It enables a deeper engagement with a guest journey at hotels, casinos, and other places that are different from traditional hotels. Our two companies together have a more global capability.”

“As the momentum of technology adoption in hospitality rapidly accelerates, Intelity has established itself as a leader by offering the most extensive solution for meeting both guest and industry demands,” said Dave Reuter, partner at LLR Partners, in a statement. “We’re excited to partner with the combined, impressive management team from Intelity and Keypr as they continue to expand this leadership position and capture the large and growing market opportunity.”

The Intelity platform includes more than 120 certified, discrete integrations and technology partnerships, which together reduce the friction hotel operators experience when incorporating new technologies. In a single platform, the company provides management teams with comprehensive tools that allow them to better track and manage all activity between guests and staff.

Stevenson said Intelity is used at more than 700 properties with more than 200,000 guest rooms. Customers range from the Break, with six rooms in Rhode Island, to very large properties, like the Cosmopolitan in Las Vegas, with 3,000 rooms. Others include the Plaza in New York, the Beverly Hilton in Los Angeles, and the St. Regis in Atlanta. He said the company is pursuing international expansion throughout Europe, the United Arab Emirates, and Asia Pacific.

In a nutshell, Intelity brings the cloud to guest and hotel staff management. Guests use its service to engage with the front desk, ask for valet service, get receipts, or order room service. The hotel also uses it to manage staff and shorten the time for delivery of services and to analyze how quickly such tasks are completed.

LLR Partners is a private equity firm with more than $3.5 billion raised across five funds.

“We are happy to work with them to add fuel to our rocket,” Stevenson said.

Intelity was named the official mobile and in-room technology provider by Forbes Travel Guide in 2017, 2018, and now for 2019.

Read the full article on VentureBeat

Stand Down X: Peter Shiff, “We Have Run Out of Road, to Kick the...