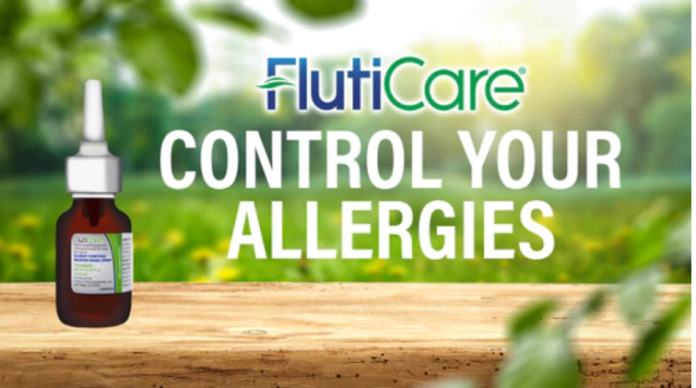 “I am very steady. I like to work slowly, but surely, to get to my goal.” Thus speaks Bassam Damaj, president and chief executive officer of San Diego’s Innovus Pharmaceuticals.

The truth is just about the opposite. In his five years heading the company, Damaj has led Innovus on a whirlwind growth spurt at a speed I have seldom seen in 54 years covering business. Most health products companies move deliberately. Not Innovus.

Damaj took over in 2013 and publicly stated that there was very little to the company at the time. He then installed his super-growth strategy.

Here is what should sober up shareholders: In San Diego, Innovus has a total of 12 to 15 employees, only 3 of whom are officers. A fourth executive, not an officer, is in charge of marketing. Thus, one marketing executive rides herd on 28 products, with up to 10 new ones coming this year. While third parties do all the Innovus manufacturing, and partners do partners perform other functions, one marketing executive simply cannot efficiently manage 28 products, even with the assistance of 3 officers. That’s especially true since Innovus developed more than half its products, “and we’re marketing all of them,” says Damaj.

“We need more people,” admits Damaj. Amen to that.

Of course, Innovus has employees of other companies providing services to it. That is common practice in business. There is a contract call center in Maine with 75 employees. A bulk media company places print advertising in the United States and Canada. The company does have subsidiaries: Semprae Laboratories, Beyond Human, FasTrack Pharmaceuticals, and Novalere. Still, overall, Innovus has a very thin employee base at its 8845 Rehco Road, Miramar headquarters — particularly in top management. Clearly Damaj is the dominant force.

Innovus stock trades over-the-counter and has been selling around 15 cents a share (ISR note: equivalent to $15 post-split in 2019). Despite peddling all those products, the company had only $8.8 million in sales last year, although that was up from $4.8 million in 2016. The company lost $6.5 million last year, down from $13.7 million in 2016. Damaj says Innovus will double sales this year and exit the period in a profitable position. (Of course, he had predicted the company would have revenue of $10 to $17 million last year, and it fell far short of that. “We were not far from the low end of the guidance,” he maintains.)

One reason Damaj says Innovus can handle such fast growth is that he has had a lot of experience in companies. That’s true. The last chief executive job he had was with San Diego biotech Apricus Biosciences. There, among other things, he pushed two sex-related products — Vitaros, a topical erectile dysfunction preparation, and Femprox, a sexual stimulant for women. In February, the Food and Drug Administration rejected Vitaros because of deficiencies in chemistry, manufacturing control, and safety. Apricus has “shelved” Femprox, citing “dismal” sales of similar products by other companies, according to a spokesman.

Many critics think sexual stimulation products for women do not have a market and are overhyped, but Damaj disagrees. Since 2003, Innovus’s entry in that market has sold 15 million units, he says. Despite widespread skepticism, Innovus has said that 43 percent of women have experienced some sort of sexual dysfunction; the potential market is supposedly as large as the erectile dysfunction market for men. Seventy percent of women experienced a more satisfactory sexual experience from using Innovus’s Zestra sex stimulant, according to a clinical test, says Innovus.

Here is the list of Innovus products: in the sex-related area, there is Vesele for promoting sexual health; Zestra for female arousal; Zestra Glide, a lubricant; EjectDelay to treat premature ejaculation; Sensum to alleviate reduced penile sensitivity; Beyond Human, a testosterone booster; PEVarx for peak sexual performance and stamina; and Androferti to support overall male reproductive health and sperm quality.

Whew! If, as Damaj claims, Innovus has developed more than half of these products, somebody with a vast knowledge of the medical and chemical fields has moved very rapidly.

Randy Berholtz, Innovus’s executive vice president, objects to suggestions that the company is growing too fast and spreading itself too thin. “This is a supplement business,” he insists, and it is not unusual for such a company to diversify its product line widely in over-the-counter, nonprescription treatments. “We don’t need a big sales force,” he says.

To sell its products, Innovus put 88 percent of its advertising in print media last year (although that percentage dropped in the first quarter of this year). Innovus is not worried about the downward spiral of print media. “Most of our products appeal to people 65 or over, and a lot of those people still read newspapers. They are not people who go online and order from Amazon,” says Damaj.

Berholtz notes that several of the company’s products have passed extensive clinical trials, and some are patent-protected. The fact that the company is growing so fast is a positive — not something to worry about. “Growing too fast? And that’s a problem? Holy hell!” exclaims Berholtz