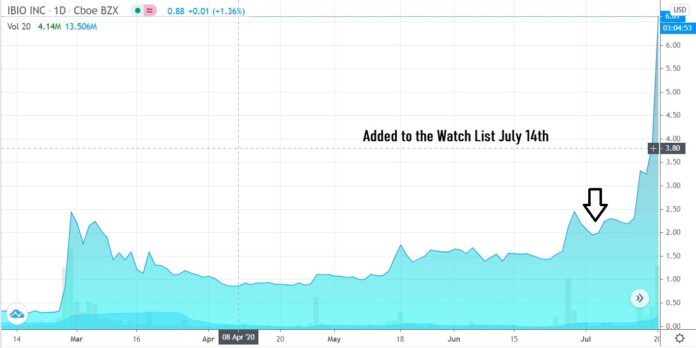 12:30 – Oh, wait, we stepped out for a beer and to watch a few bikinis stroll by at our favorite Tiki hut the Sand Bar in Delray Beach and now we’re up three-fold. In a week LOL!

Below in part explains why we can’t effectively be glued to the computer trading when it’s sunny out. And the beer is cold too.

We’ve been through 6 bear markets (since 1973), waddled through sector mania’s in Biotech, Solar, Patent Monetization, Dotcom, Bitcoin, and Marijuana and we’ve never seen anything like this.

We don’t believe this is sector related, however. It’s more the ‘new and improved trader’ effect. Kind of like a Cyborg trader – armed with tools and resources previously unknown to mankind. They now have the ability, literally, to play the market much like they played video games, which many grew up doing. Some will be better than others, some will be terrible and some will go on to make fortunes – regardless of what the overall market does.

And the more power to them. While we don’t trade, we have always found it depressing to watch so many investors ride large positions into oblivion tied down by the “I can’t afford to sell here, I’ll lose too much money” mental handcuffs. The kind of investor who buys at $10, buys more at $5 (double down to reduce cost average) and then some Enron type news comes out, after which they swear “it’s a rigged game, only the big guys can win.”

Cyborg traders don’t down ride stocks down (nor up). They are in and on, in and out, in and out. Where this benefits America via Wall Street, is funding the growth of small companies through something called an ‘At The Market Offering’ (ATM). Forget Reg A+ which has been a joke from day one.

In times like this (180 million shares have traded so far) an investment banker can call one of a dozen hedge funds who can buy $10 million worth of stock directly from the company at $4.00, versus its current price of $6.00. Then gradually (or not so gradually) sell the shares into the market. They can’t do this on a 50,000 share day.

We’ll even make a prediction. One day we will see a Stock Trading World Cup held in a stadium, like Fortnite’s World Cup which drew 19,000 fans to New York’s Arthur Ashe stadium. There’s no regulations against it.

Gold and silver penny stocks could be the next Robinhood trader obsession.

Flu Season Coming Up Next. What to Expect.

Uncategorized Editor / Curator - August 12, 2020
First, get prepared, as you won't be able to tell if someone coughing has the Flu or has THE CoronaVirus Flu this...